The lake trail at Blendon Woods Metro Park is one of my favorite trails within the park. It provides an extremely important stopover habitat for migrating birds heading back to or coming from the tropics. The mammalian life is diverse (well, as diverse as Ohio mammals can be) containing White-tailed Deer, Gray Squirrel, Fox Squirrel, Eastern Chipmunk, Deer Mice, Beavers, Raccoon, American Mink and others I am sure that I have not observed. But unfortunately, we aren’t here for mammals and other animal life- we are here for PLANTS! The trail is primarily forested, with a small break in the forest near the middle of the trail where we get a small strip of open cover allows some grass and other herbaceous plants to dominate.

The forest itself is primarily deciduous, with maple-oak being the dominate tree species. However, we also can see ash, hickory, elm, and beech holding their own when it comes to numbers. With these trees it is also fairly common to find poison ivy vines climbing some of these trees. In the understory of the forest we find spice bush and prickly ash being the dominate non vine or tree woody plant species.

The small strip of open canopy dominated by grasses and herbaceous plants is without a doubt heavily dominated by joe pye weed. Alongside it however in decent numbers was common milkweed, black eyed susan’s, as well as some other grass species that help make this little strip unique in the forest. 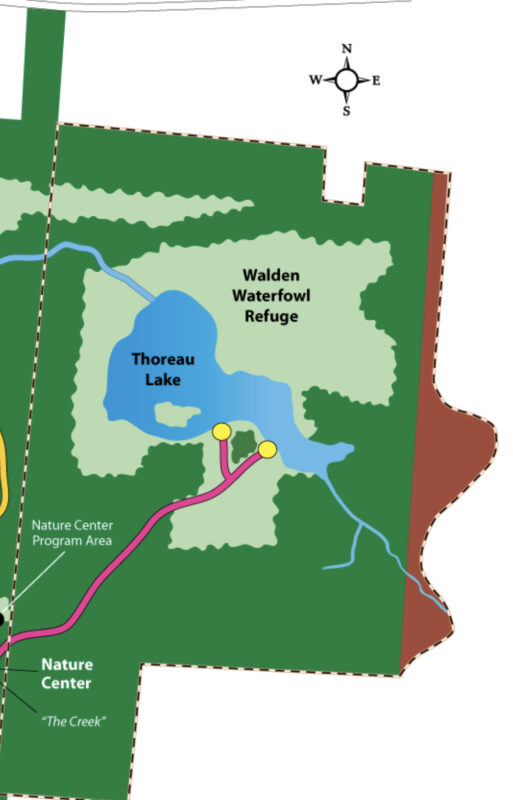 Here is a screen capture of the specific trail (the pink line) I am focusing on. 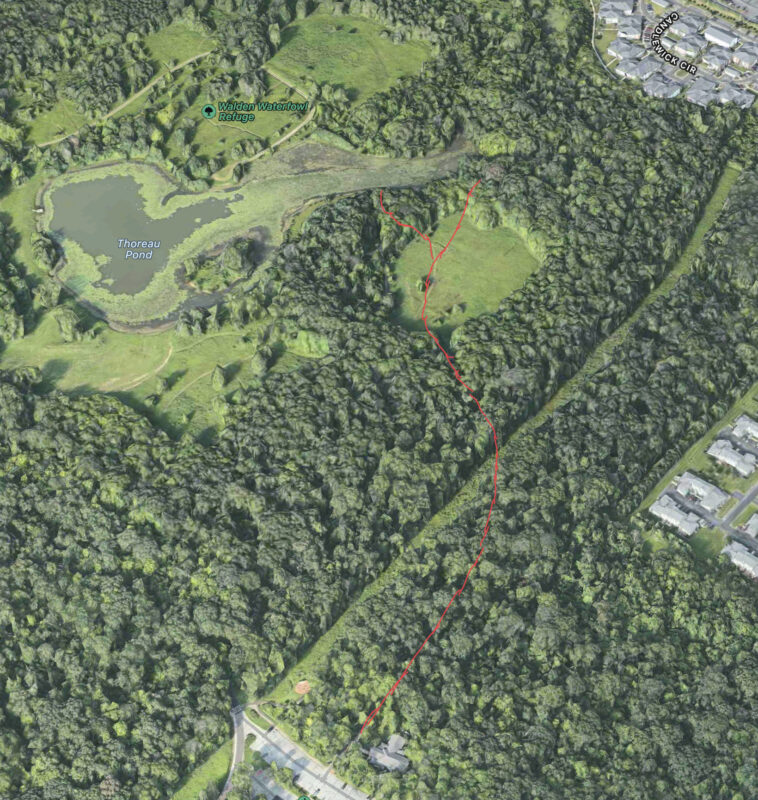 Here is a satiate map screen capture with a drawn red line to show the trail from a satiate view. I tried my best, okay.

GROSS GET IT OFF ME!!! Well, not me personally as I am fortunate enough (for now) to have some immunity to the oils from the plant. This feared vine is well distributed across not just Ohio, but the lake trail as well. 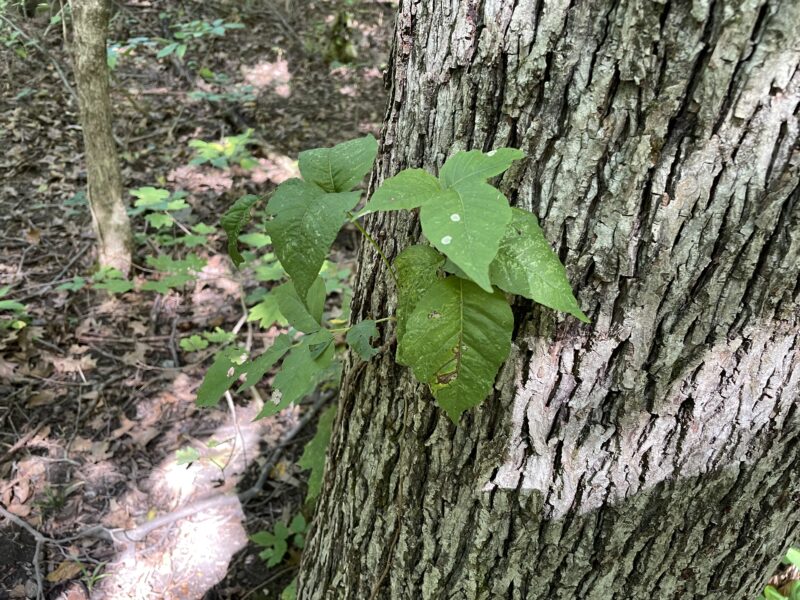 Here we see the green monster in the flesh, well more like the vine.

How do I know this is poison ivy? Well because of the way it is, of course… just kidding! We can look at the trifoliate leaves of the plant: leaflets of three, let it be. But that is kind of a boring identification in my opinion, when the roots are WAY COOLER- as they are adventitious roots which helps them climb the trees. So as Dr. Lips said it best: adventitious roots, use your boots!

Anyone who has tried spicebush berries will be familiar with this plant, the taste I cannot truly describe except for the tingling sensation that comes with the after taste. This small woody plant can be identified in a few different ways, but I am going to focus on the method I was taught to confirm an ID. That is the spotted twigs, I always use this to confirm my spicebush IDs. 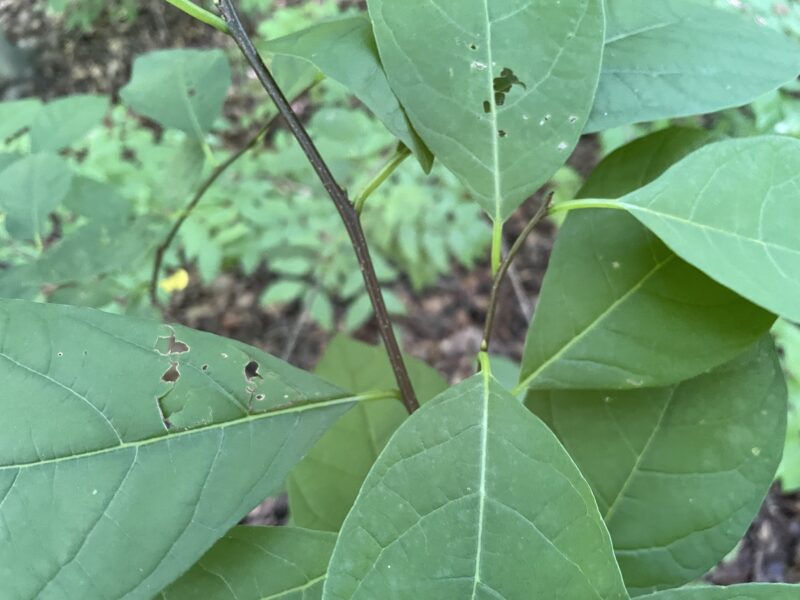 A fun fact about Northern Spicebush though is it is a host plant to the aptly named Spicebush Swallowtail Butterfly! This butterfly will lay it’s eggs on the plant, on which the caterpillar will feast on it’s leaves until it forms a chrysalis- in which it will become a beautiful butterfly. 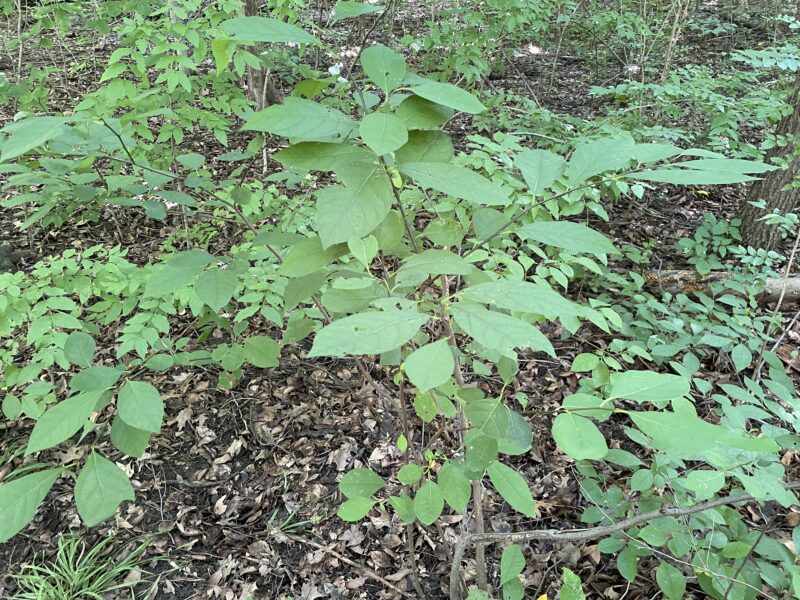 Here is the whole Spicebush

INVASION, EVERYONE RUNNNNNN!!!! Perhaps the most well known least known invasive plant we have, as I often talk to people who are shocked to find out one of their favorite plants is really bad for our ecosystems. This beautiful (but still grr) plant is native to Southeast Asia, in particularly to China, Japan and the Korean Peninsula. It is also highly aggressive, and will quickly take over any habitat and can get its roots on; although it is particularly fond of forests edges, as well as open forests. One thing about those in the family Rosaceae is OUCH, in the form of spiky thrones that protect the plant. Their leaves are serrated and simple. 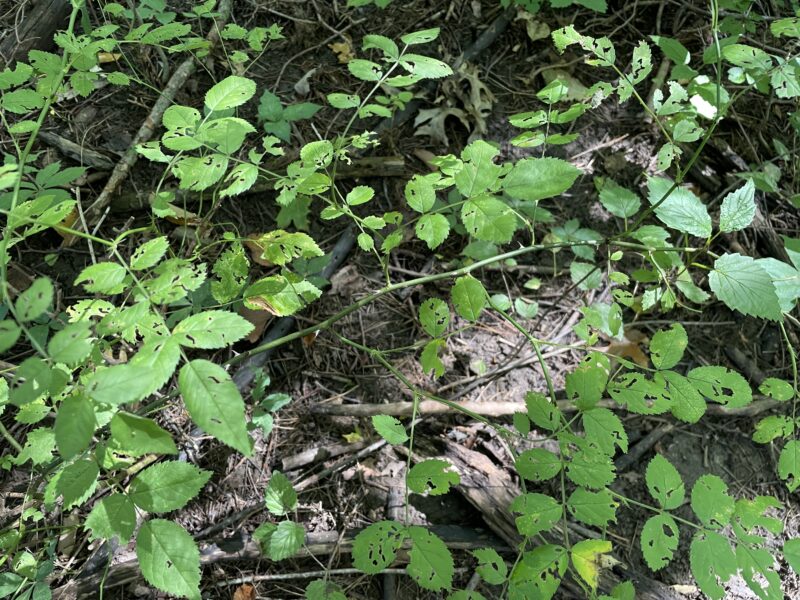 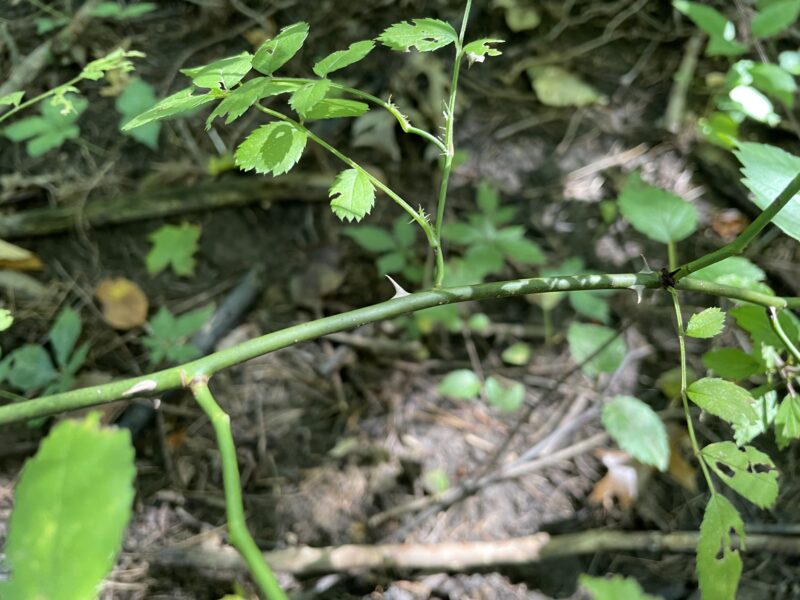 One of the many joys I got from working in this beautiful park all summer was finally nailing this stupid plants name into my head. I mean I had constantly seen these things before and never knew what they were. When I finally found out the name I was like “hey, what a funny name”… *poof* and I would forget. However seeing the is patch of Joe-Pye weed every day really helped my hammer it home. But were my woes done? Of course not, they never are with plants! I discovered we have multiple species in Ohio, and isn’t that just lovely? Using Newcomb’s, iNat, and a few other sources I have concluded the spots on the stem make it a (go figure) Spotted Joe-Pye weed. This plant is a member of the Asteraceae family and can grow up to 7 feet tall. FUN FACT: Some people use Joe-Pye weed as a diuretic to help pass kidney stones! 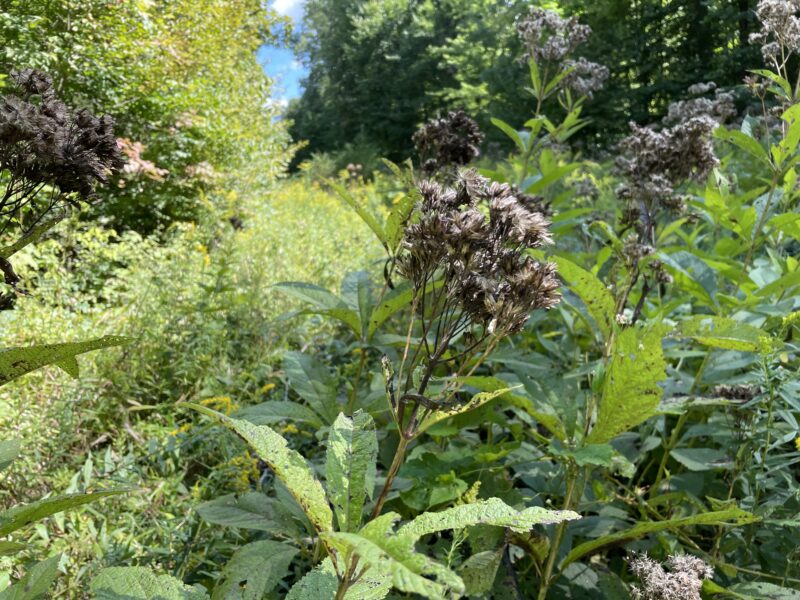 Not technicallyyyyyy the prettiest it has been, but hey it is (or was) flowering!

Okay so first to preface; I have a strict way I go about IDs, I first will attempt to use my brain, then a field guide, then an app to confirm I was right (but usually wrong). This time however, my wrongness THREW ME FOR A LOOP- as I IMMEDIATELY recognized these flowers as black eyed susan’s but when I used an app to confirm it… I was told I was wrong and it was a Brown Eyed Susan, WHAT?? I looked it up in my Newcomb’s to no avail, so if my ID is wrong then blame the book not me. Anyway, these flowers rays are yellow and they are fairly common throughout the park. FUN FACT: These pretty little flowers are called pioneer plants, which essentially means they are the first plants to return to an area that was destroyed by fire or something. That fact was brought to us by our very own THE Ohio State University Plant Pathology department. 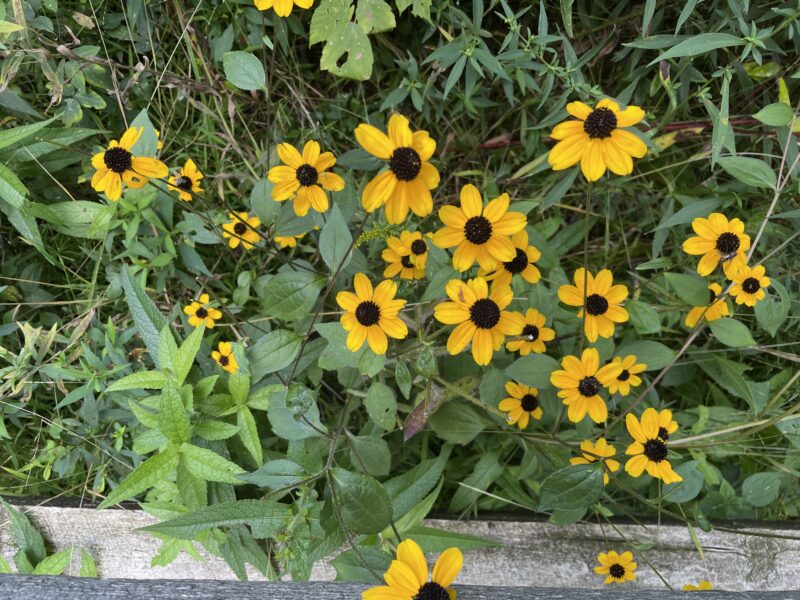 Those eyes are not brown

We have finally made it to the trees, and it is a good one. Unique to a few genera of trees, this tree is OPPOSITE in leaf arrangement, and PINNATELY compound.  We can distinguish it from White Ash due to the wider leaf and shorter petioles. Aside from that, I really do not have much else to say about this tree, seeing as we already have discussed EABs. 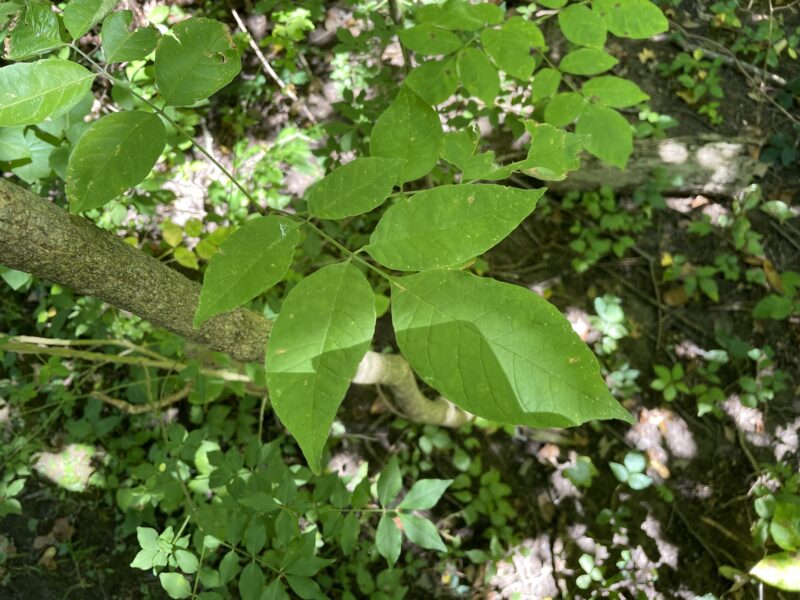 In all of its glory

Now what if I played a prank on you? Hmmm you guess this tree; opposite in arrangement, pinnately compound, 5 leaflets… YOU GOT IT? GREEN ASH?? WRONG!!!!! This is actually one of our weirder looking maples and it is even classified in our field guide as “Ash & Ash leaf Maples”.  Yep, you read that right, it is a box elder maple that I was describing. Sorry for my trickery. The leaflets are usually 3-5 in number and have some teeth on them. FUN FACT: This tree is very fast growing and drought resistant, it was often used for shade for this reason was planted heavily by early westward expanding settlers. Thanks Britannia.com. 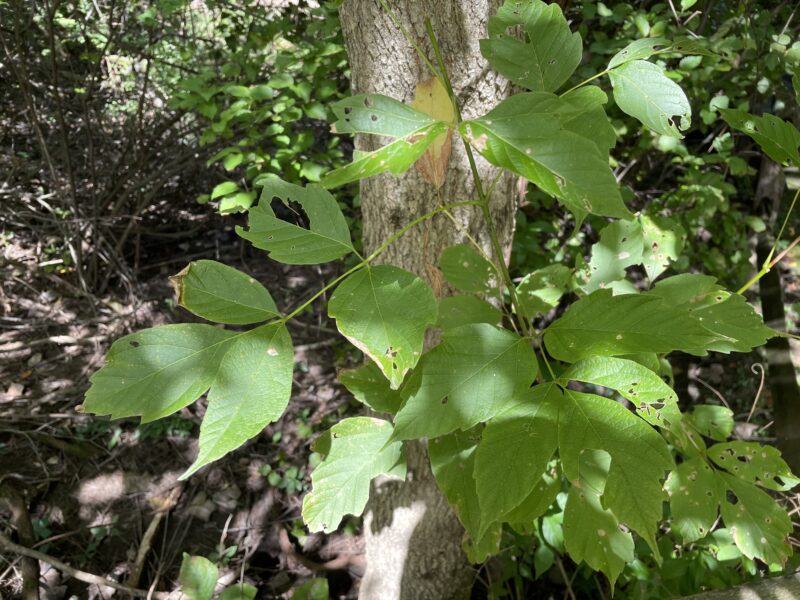 Can you believe this is a maple???

High and Low CCs of the Lake Trail

Now some mathematical insight, for my fellow statistics enjoyers:

With the other 3 of my highest being a 3 way tie with all being CC 6, we will focus on wild hydrangea as our highest CC value, and thus discuss what this means and its ecological impact. Next to the nature center, right at the head of the lake trial, we find our wild hydrangea. With its CC value of 7 we know that it falls within the CC 6-8 range, meaning that it is “a plant with a narrow range of ecological tolerances typify a stable or near ‘climax’ community”. What does this mean for our hydrangea friend? It means that it may be a bit more specialized than some other plants, being a bit more picky about its growing conditions than your average joe. This plant is wildly popular within the garden community, and it’s no secret why; with its beautiful flowers almost in a globe shape, they provide a variety of benefits. Such include; attracting some lovely pollinators! 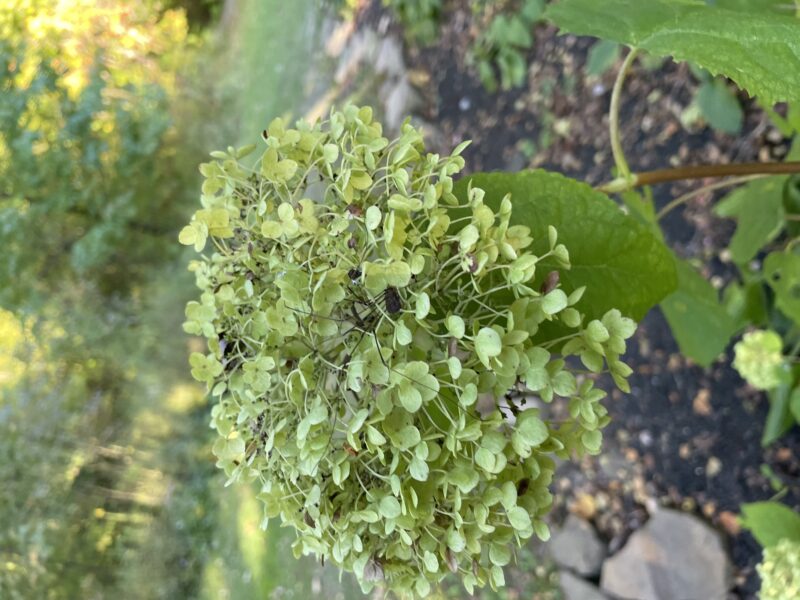 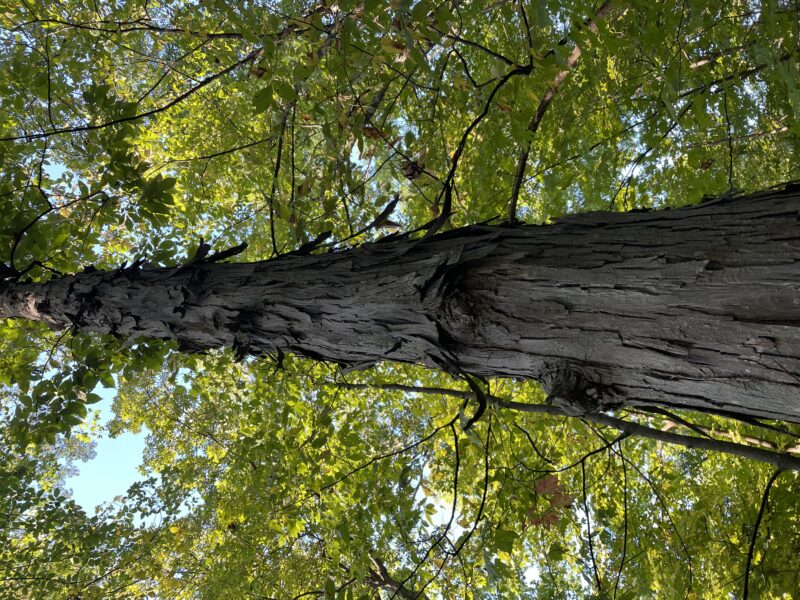 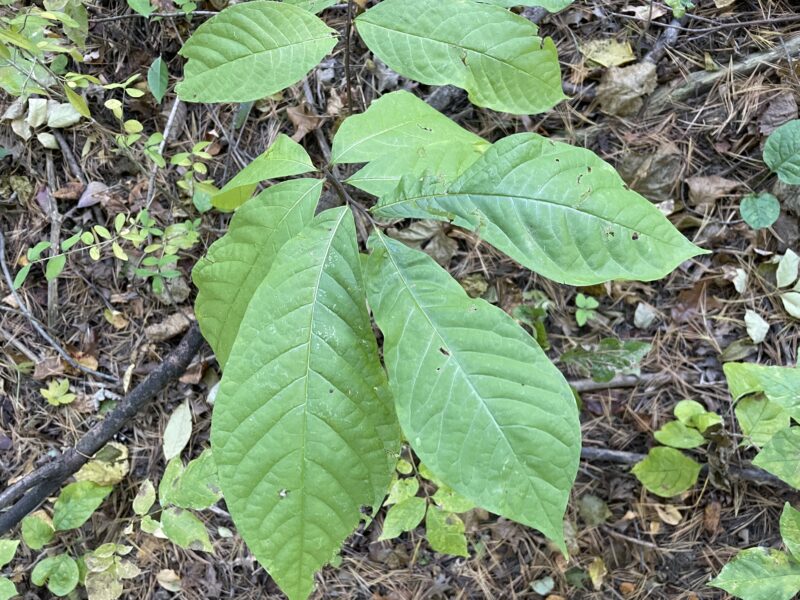 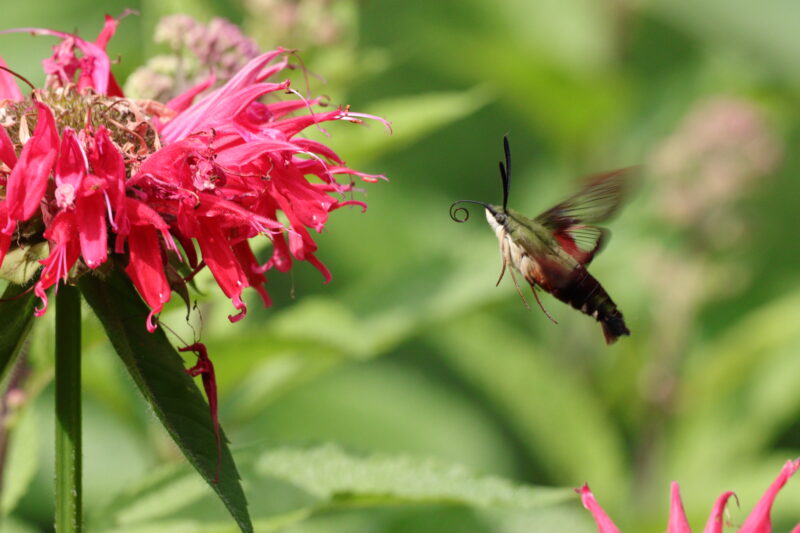 The bee balm looks ugly at the moment (darn winter), so enjoy this photograph of the same exact bee balm with a hummingbird clearwing moth over the summer! 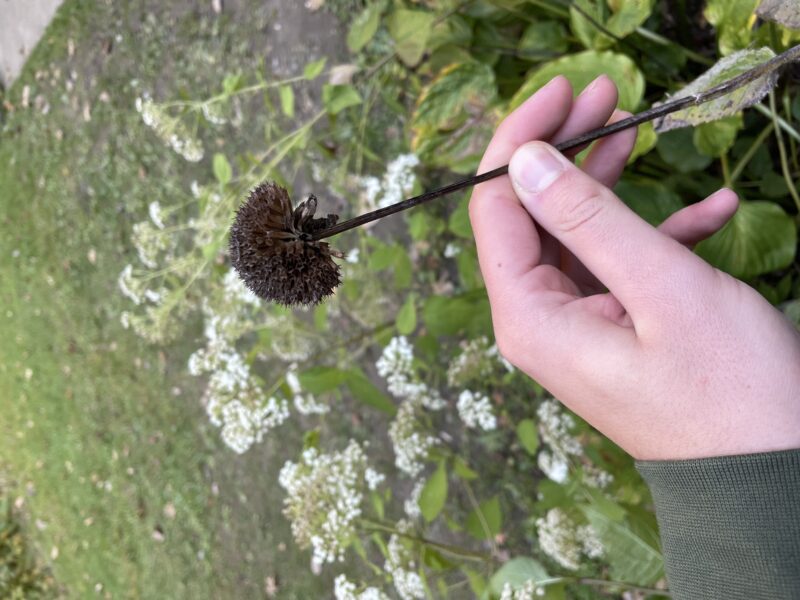 In case you don’t BEE BALM (believe) me…

Again, we run into a tie, this time a four way one at that! Naturally as supreme leader of this website I have just selected my favorite to be our example. MILKWEED!!!! Anyone and everyone in the entomological world knows this plant, and visions of monarch butterfly larva going up and down the stalks til they are barren may come to mind. With a CC value of just 1 this puts it in the 1-2 CC range, meaning “Widespread taxa that are not typical of a particular community”. What does this mean? This means that milkweed is an absolute maniac, growing anywhere and anywhere it can get its roots into, so not picky at all really. The benefits are obvious, with the big one being it is the host plant for the now endangered ( sad face emoji) monarch butterfly. 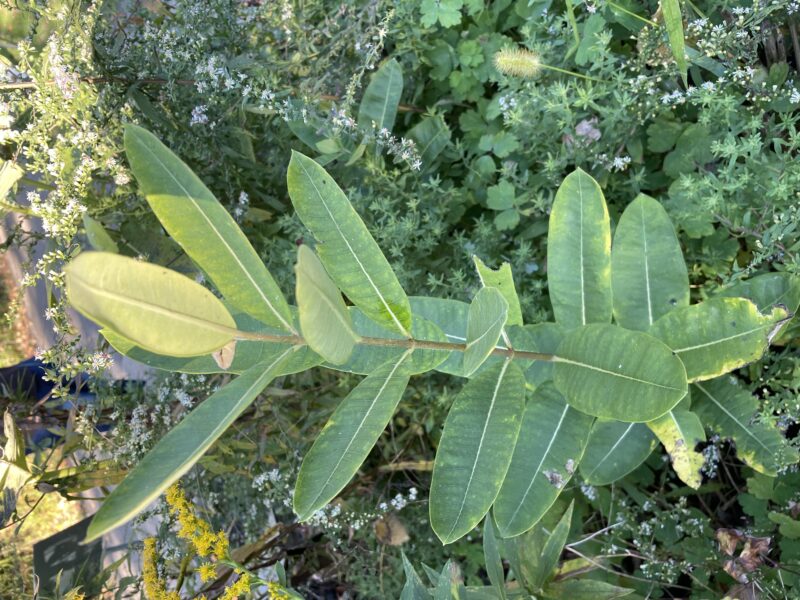 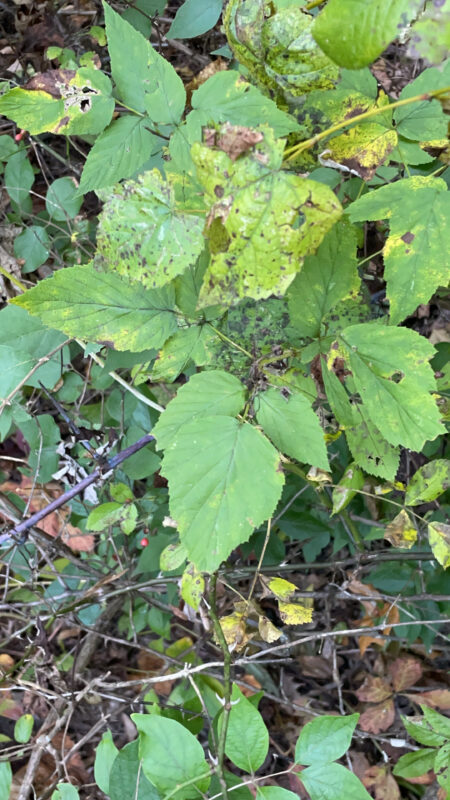 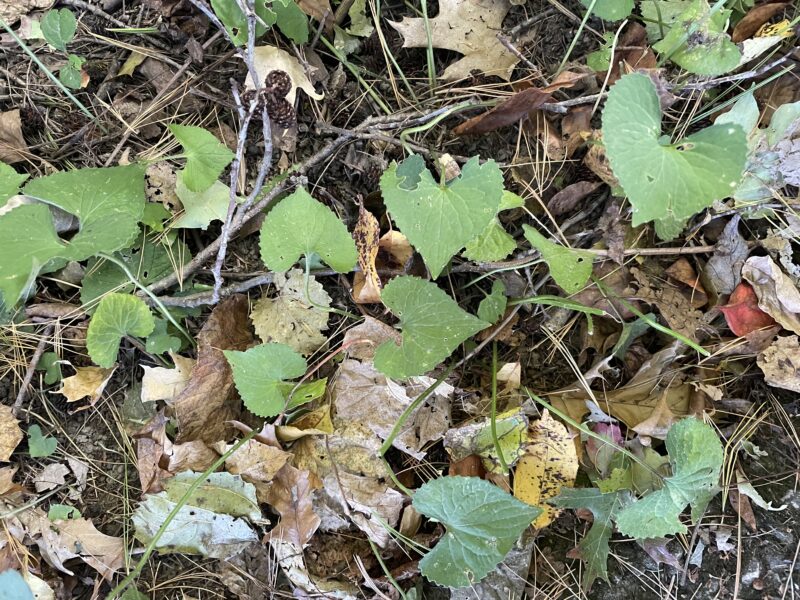 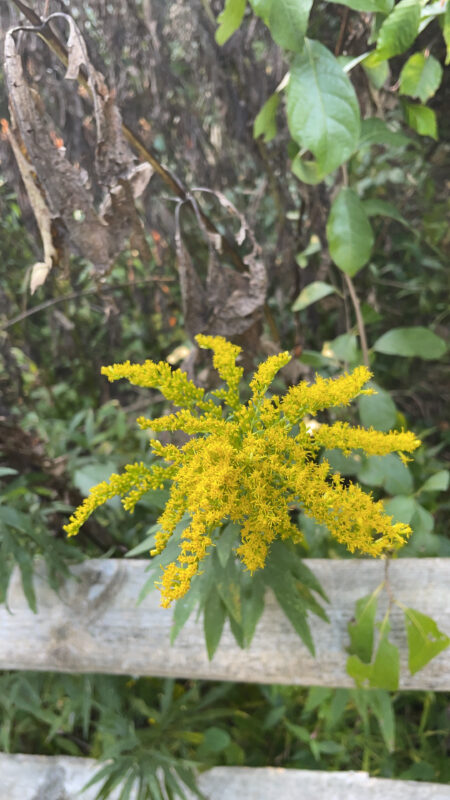 Amur honeysuckle is aggressive, and will quickly out compete some of the native species that provide important resources to their ecosystem. BOO HISS!!!!!!!!!!! 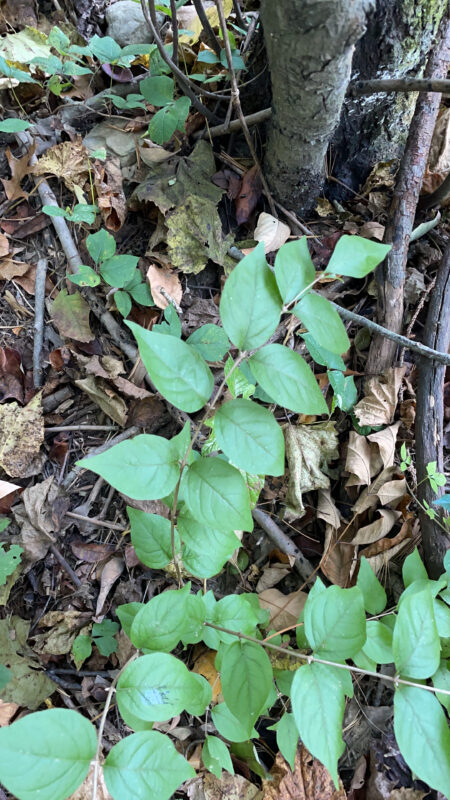 Similar to honeysuckle, the privet quickly colonizes the forest floor, taking out and taking resources from native plants that need them to help with coming successions. BOO HISS!!!!!!!!!! 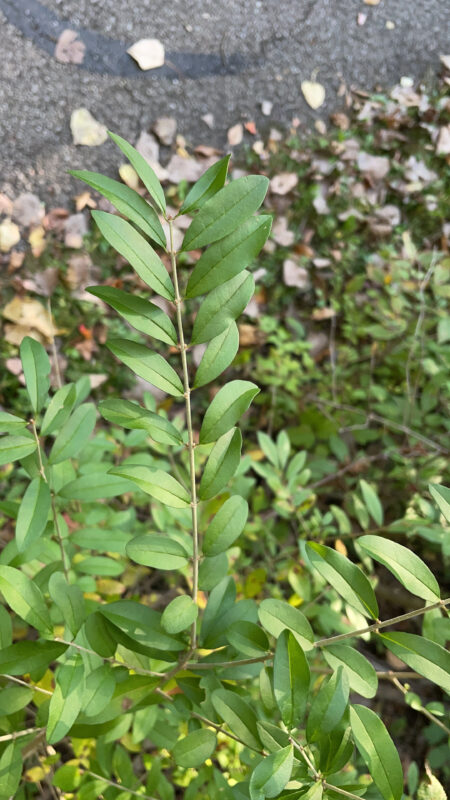 Finally, lets talk about some water plants in the lake (it is not a lake, but a poorly named pond) on the lake trail (glorified pond trail?). So here is the thing, the plants I am going to mention are not necessarily invasive per se, but are a small problem so I am going to include them nonetheless.  A species of water lotus that is probably native to Ohio, has taken over the pond. I was unable to take it to species, but is likely in the genus Nelumbo, and the issues it is causing is that it is dominating the pond. This will cause trickle down effects to the water plants that may now be blocked off from sunlight and other resources. The pond is unable to be drugged due to the fact that it use to be a waste water hold for some chemicals, so it risks ripping the liner and spilling chemicals up into the pond (which is a wildlife refuge). This sounds problematic enough to me for me to get full points, just saying. 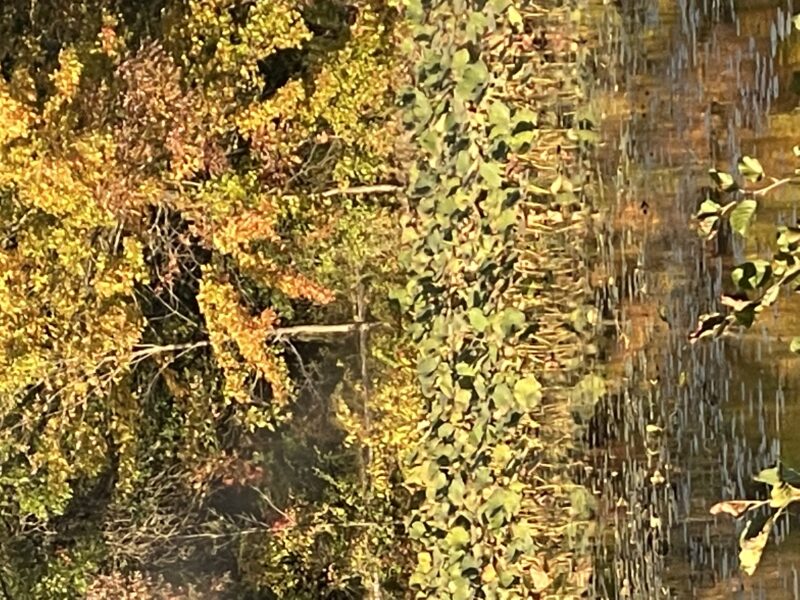 Since I have focused so much on  this topic prior, I will save you and I both the time and just discuss 4 trees that show up on the lake trail that are mentioned in the article!  The trees like the less acidic soils of glaciated Ohio and the tilled plains, and I concur with Dr. Forsyths observation that trees prefer the less acidic soils. It is apparent seeing as the lake trail falls within that unglaciated Ohio range. The trees are as follows: 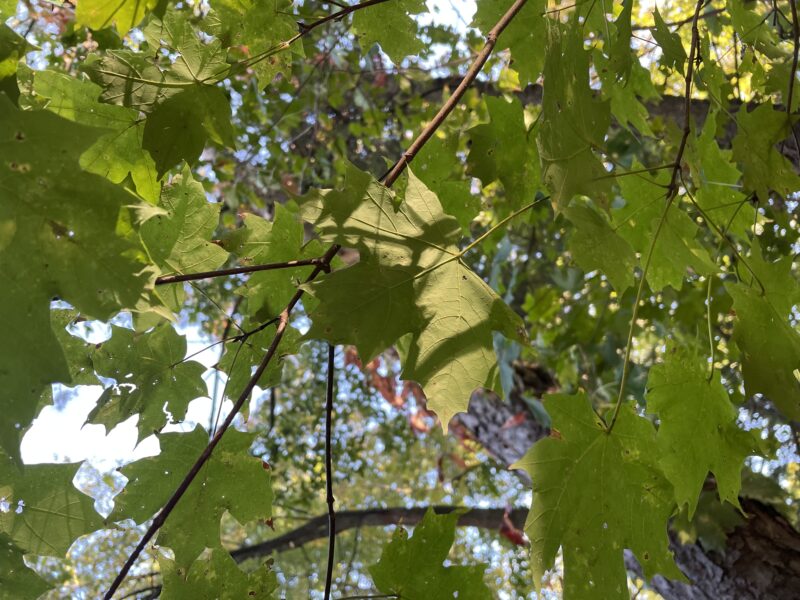 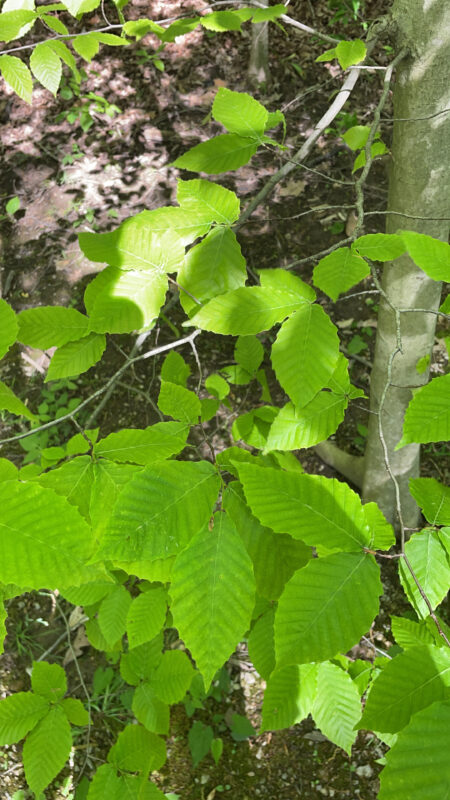 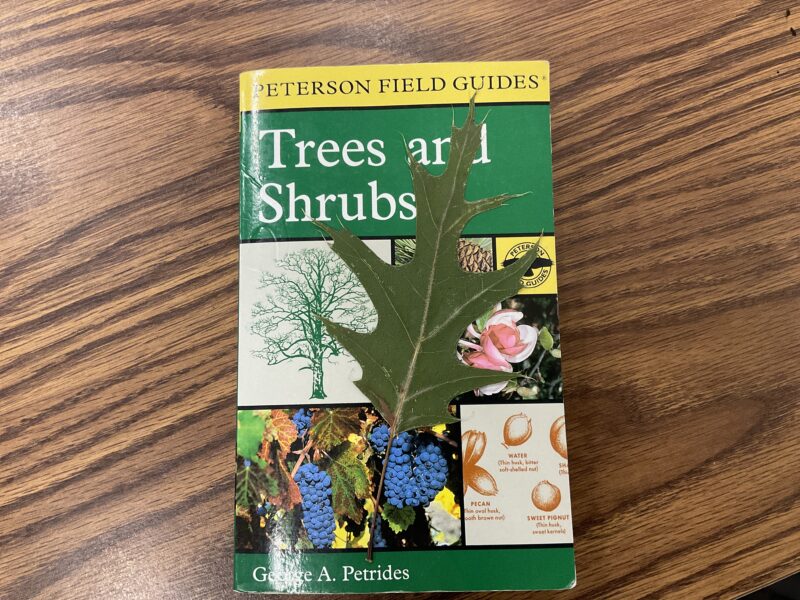 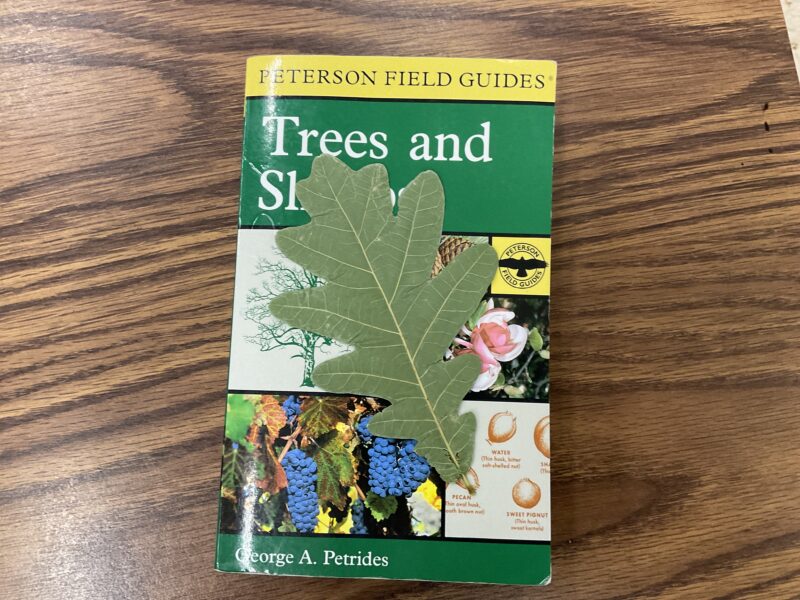